Repatriation of deceased persons from UK to Romania

The repatriation of deceased Romanians to Great Britain is one of the funeral services whose demand has increased in recent years, with the increase in the number of Romanian citizens living in Great Britain and working in this country.

How many Romanians live in Great Britain

The Romanian community is represented in large numbers in Great Britain, given the fact that many of our compatriots work in this country.

It is estimated that approximately 400,000 Romanians live in the UK, and many of them have found themselves in the unfortunate situation of repatriating one of their deceased relatives to the territory of this country.

What needs to be done to repatriate a Romanian citizen who died in the UK? 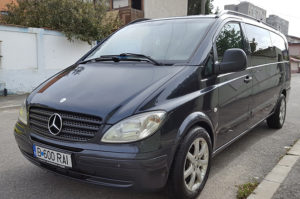 Most of the time, in the case of the death of a Romanian in Great Britain, the relatives want to repatriate the body of the deceased so that it can be buried in Romania.

If a deceased person is to be repatriated to the UK, a number of procedures need to be followed in order for the repatriation to take place.

Most of the time, because the law differs from country to country, it is good to urgently contact a funeral services company specialized in repatriates working in Romania, so its representatives will tell you exactly what to do and what steps to follow in order to be able to repatriate the deceased person to Romania.

What kind of coffin is used for repatriation from Great Britain to Romania?

The repatriation of deceased persons from Great Britain to Romania is done in zinc coffins, which must then be introduced in classic coffins, made of certain wood essences and respecting norms of thickness and dimensions imposed by the legislation of Great Britain.

One of the mandatory rules in the case of funeral transport is that the coffin be hermetically sealed and secured so that it cannot be opened during transport, either intentionally or accidentally.

How is repatriation done from the UK?

Also, airlines do not board the coffin until after confirming with the Romanian funeral services company that a representative of it will pick up the coffin from the cargo area of ​​the airport at the set date and time. The reason is that in the cargo area of ​​the airport there are no conditions for keeping the coffin, and it is forbidden to park it, so before starting the transport procedures for repatriation it is necessary to have contacted a Romanian funeral company that can also offer deceased repatriation services .

Funeral transport of deceased persons to the UK is most often done by land, as it is cheaper than repatriation by plane.

Our company has a fleet of vehicles equipped with authorized special vehicles for international funeral transport with which we frequently make repatriations from European countries. Read more about international transportation and deceased repatriates .